Décollages are also known as affiche (from the french verb "afficher", which means to post posters on a billboard). You will find hastags on the internet like #ripped #tornposter #rippedposters #urbanglitch or #plakatabriss.

Especially in the 50s and 60s of the 20th century it was very popular to tear down posters to use the scraps and billboards as material for décollages.

There's a certain point, why am I so attracted by décollages. The Affichistes used public space as a playground, as an installation, as a spring of the beauty of daily life. They used décollages and the action of tearing down posters as a counter-reaction regarding the repression of beauty from our cities.

After WW2 also intact cities got destroyed in favour of car-friendly cities. The flaneurs got suppressed, boulevards got transferred into highways. I never heard about a relation between Samuel Beckett and the affichistes, but the following poem refers to the loss of the beauty of a city.

The loss of beauty in cities like Stuttgart, Milan or Vienna culminated 1984 in a "manifest for the beauty" (Schönheitsmanifest), written by Jörg Mauthe and Günther Nenning.

We should also add the artists

I found this décollage separated into 2 parts. It was amongst unsorted artworks of albrecht/d. I put it together with a special fish glue.

The part on the right side was exposed to natural light. The décollage dates back to 1967 and is from Stuttgart (Germany). Yet we do not know, if this décollage was finished by the artist or not. 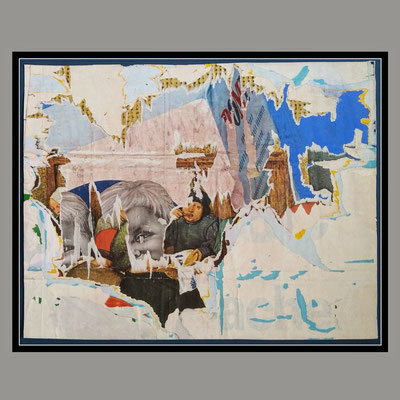 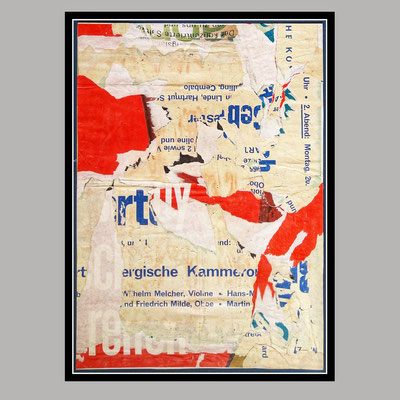 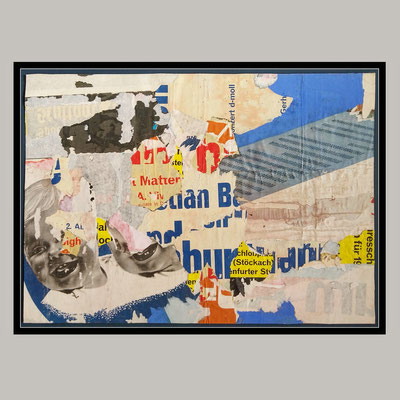